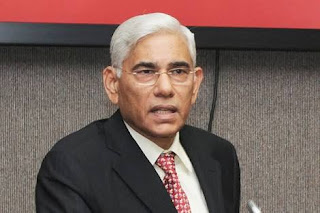 A miserable 2 per cent

On June 30, headlines across newspapers were on the Union government having approved the Seventh Pay Commission recommendations. The Economic Times headline read, "Central staff hit pay dirt: An early Diwali". The newspaper said the government had accepted the recommendations doling out 'hefty' pay hikes. The salaries were expected to increase in the range of 14 per cent to 23 per cent. The bold fonts also announced that the lowest salary was to increase from Rs 7,000 per month to Rs 18,000. The highest salary, received by the cabinet secretary, was to go up to Rs 2,50,000 from Rs 90,000.
Sounds huge, does it not? But we need to analyse this. What is the bonanza and what are the hefty pay hikes which are speculated to be “fuelling inflationary pressures"?
Actually, the salary of Rs 7,000 and Rs 18,000 are not comparable. The equivalent of the Rs 7,000 basic salary, which was fixed 10 years ago and currently applicable with the dearness allowance added on, is Rs 15,750 (Rs 7,000 basic plus 125 per cent DA). In the salary of Rs 18,000 now announced, the DA is subsumed. Thus, a more accurate comparison would be the present salary of Rs 15,750 and the new salary of Rs 18,000. Similarly, the cabinet secretary at present receives Rs 2,02,500. The newspapers also announced that the total outgo as a consequence of the hike was expected to be Rs 1 lakh crore.
The comments on social media are more expressive! They question whether government employees actually deserve higher salaries: "Being paid more for what?", "More pay for less and less work", and "Babus don't deserve a hike." In fact, it is speculated that these increases will fuel inflation. Another school of thought believes that it will kickstart spending, thus generate demand and hence increased economic activity.

Illustration: Bhaskaran
The Pay Commission is announced once in ten years. Thus any increase in basic salary comes about once in ten years. Even if we were to assume that this Pay Commission has brought about a hike of 20 per cent, it would tantamount to a simple rate of 2 per cent per annum. Which employee in the private sector would be content with a 2 per cent per annum hike? A couple of years ago, I was pleasantly surprised to hear of the bonus received by one of the youngsters in the family. I found that his annual bonus alone was more than the sum of the total salary earned by me over my entire career! He could afford at least two vacations abroad for himself and his kids every year, travelling business class. My wife and I have never been on any vacation as yet. At most, every year we visited our parents using up my earned leave or she would accompany me if I travelled on work. For him the weekend is a total break from work—he gets no official calls over the weekend. Mine was a 24x7 job when I could not refuse anyone who called me. Once when my wife reminded the caller that he had called on a holiday, he had the gumption to remind her that official phones were given to government functionaries so that they could be contacted all the time!
There is then the fear that the pay increase will cause financial difficulties to state governments. True, it will. However, prudent financial management requires constant mobilisation of resources. However, considering the fact that we have just about an election every year, to local bodies or state legislatures or the general election, very few governments can take appropriate measures to increase taxes or tap methods to raise resources. If you cannot take harsh decisions to raise resources, why blame government employees who get a paltry increase of 2 per cent per annum?
I acknowledge that government employees are not the most popular guys. To a large extent, we are to blame for this. This perception needs to be addressed and only we can do that with our own endeavours and actions. However, if the general public still continues to grudge the paltry increase, they must realise that if you pay peanuts you get only ..........!
Former comptroller and auditor general, Rai is chairman of Banks Board Bureau.
Posted by Indian Bank Kumar at 12:21 AM

Hope Mr. Vinod Rai as Chairman if Banks Board Bureau understands the difficulties of Bank Employees and Officers and bring some cheers to them in 11th Bipartite. He himself has said "If one is paid peanuts, service to people will be ........"

Hope Mr. Vinod Rai as Chairman if Banks Board Bureau understands the difficulties of Bank Employees and Officers and bring some cheers to them in 11th Bipartite. He himself has said "If one is paid peanuts, service to people will be ........"