Bank employees are asking wages equal to Central Government Employees, but they...........

“the grass is always greener on the other side of the fence”
CONFEDERATION'S VIEW ON 7th CPC -PRESS STATEMENT
CONFEDERATION OF CENTRAL GOVERNMENT EMPLOYEES & WORKERS(Central Head Quarters)1st Floor, North Avenue Post office Building, New Delhi - 110001Dated – 25.09.2013
Central Government has announced the constitution of 7th Central Pay Commission. Confederation of Central Government Employees & Workers has been raising this demand before the Government right from 2011 onwards and has conducted series of agitational programmes including Parliament March and one day nationwide strike on 12th December 2012.

FLASH BACK FOR BANK EMPLOYEES !!

FLASH BACK FOR BANK EMPLOYEES !! 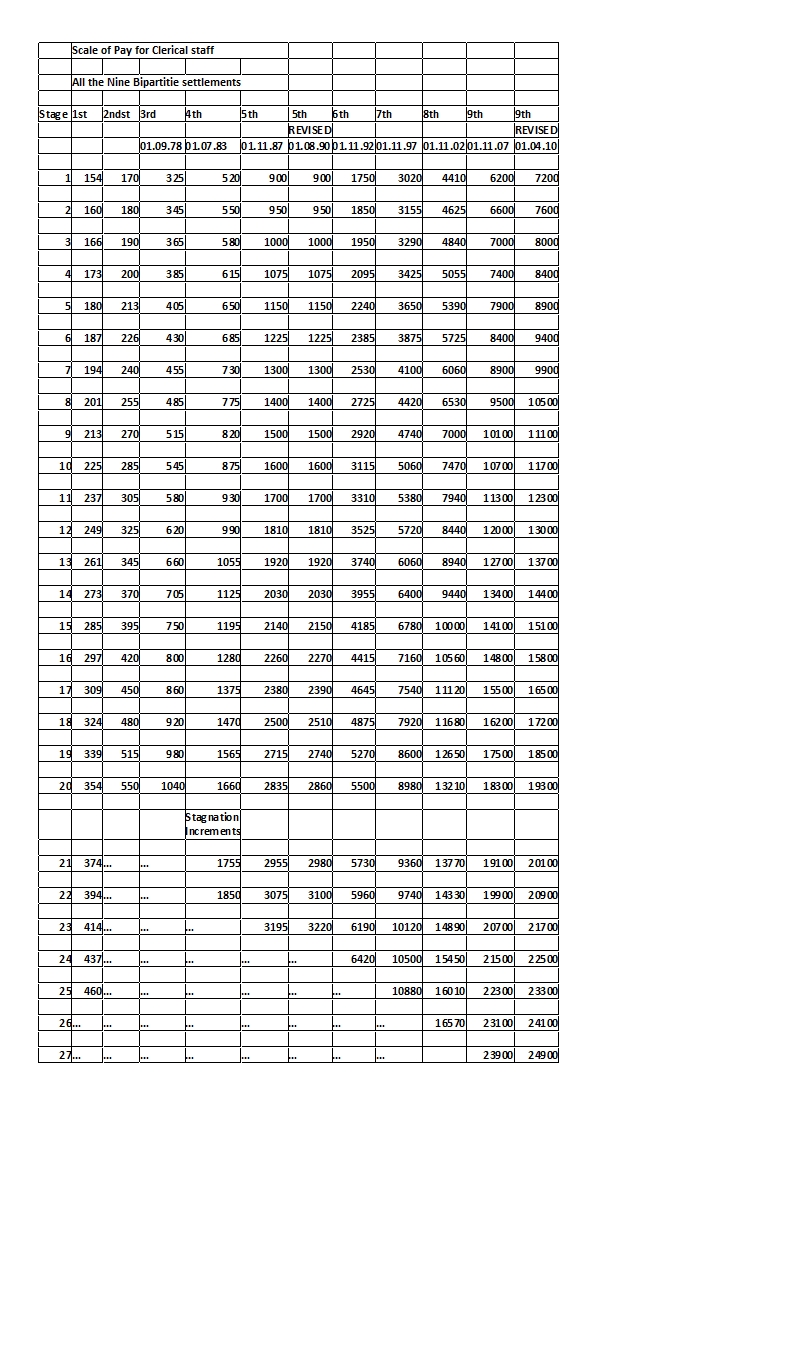 Posted by Indian Bank Kumar at 11:33 PM No comments:

At last National Pension System (popularly called New Pension Scheme) bill is passed in both the houses of Parliament with the support of ruling party Congress and main Opposition party B.J.P.

Only Left parties, Trinamool congress, Samajvadi party and DMK opposed to it ( as per news agencies)

In 2004 the scheme was introduced by an administrative note and was made applicable to employees recruited in Central Government jobs.
Some 26 State Governments also implemented this scheme for their employees from various dates. Still there are states, which didn’t implement this scheme.

I tried to differentiate the  new and old schemes with available information.