*% per slab and total % will be according to date of retirement.* 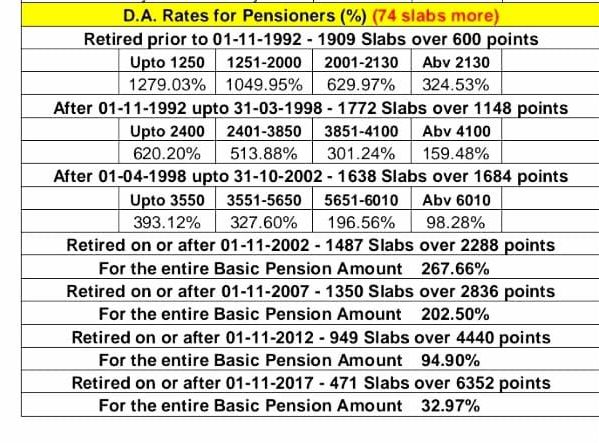 Posted by Indian Bank Kumar at 8:16 PM No comments:

The employees of one of the world's largest life insurance companies, the Life Insurance Corporation of India (LIC), deserved a good wage revision based on their performance and they got it, said a top leader of All India Insurance Employees Association (AIIEA).

Anybody can tell the bankers that LIC is on a sound financial footing as compared to public sector banks. In spite of the competition, LIC's management expense ratio is by far the lowest in the industry. So, the LIC employees deserves a good pay package," Shreekant Mishra, General Secretary, All India Insurance Employees Association (AIIEA), told IANS.

The AIIEA is a major union in LIC and also has a decent presence in the government-owned general insurance companies.

Mishra was responding to comments made by the General Secretary of All India Bank Officers Association (AIBOA), S. Nagarajan, that LIC employees got favourable treatment so that the Central government can dilute a small portion of its stake in LIC through an initial public offer (IPO).

The bankers seem to suffer from heartburn or indigestion with the wage revision agreement signed by the unions in the LIC and the management, Mishra.

These include a hike in Dearness Allowance and a five-day working week for LIC's 1,35,000 employees, compared to the rest of the industry that is saddled with lower DA and alternate Saturdays offs.

"This move by the Centre has created an imbalance in the entire banking and insurance sector with the LIC staffers being given a favourable treatment, ostensibly to rush through the LIC IPO without much objections from its employees," Nagarajan had said.

Continuing further Mishra said: "It is true there is heartburn in the banking industry as regards the wage settlement signed in the LIC. But this is not the way to express that."

The AIIEA has always maintained that wage revision of LIC employees should be based on the growth and prosperity of the institution. The growth of LIC has been phenomenal, Mishra said.

"LIC's claims settlement records is by far the best in the industry. Per capita policy servicing by LIC employees is one of the highest in the world. Naturally, LIC employees deserved a good wage revision and they got it," he added.

According to Mishra, it is because of the uncompromising struggle of the AIIEA, backed by the policyholders and the people at large, that the privatisation of LIC has been stalled for three long decades. There is no parallel in the world where a trade union stalled a government policy for almost 27/28 years.

"The fact that changes to the LIC Act were made a part of the Finance Bill and no Bill was moved to amend the LIC Act speaks volumes about our campaign," Mishra said.

The AIIEA has called upon the employees to draw inspiration from their three-decade long struggle and intensify the agitation.

"Our units are in the midst of a campaign. We are in touch with other unions to expand unity against the IPO. We are planning to go for an industrial action on the day LIC IPO opens for subscription, to register our protest and forcefully display our determination to resist the government's policy on LIC," Mishra concluded.

(Venkatachari Jagannathan can be contacted at v.jagannathan@ians.in)

Posted by Indian Bank Kumar at 3:22 PM No comments: 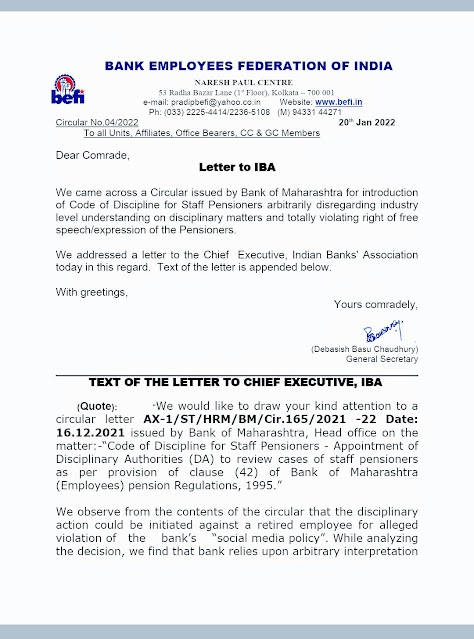 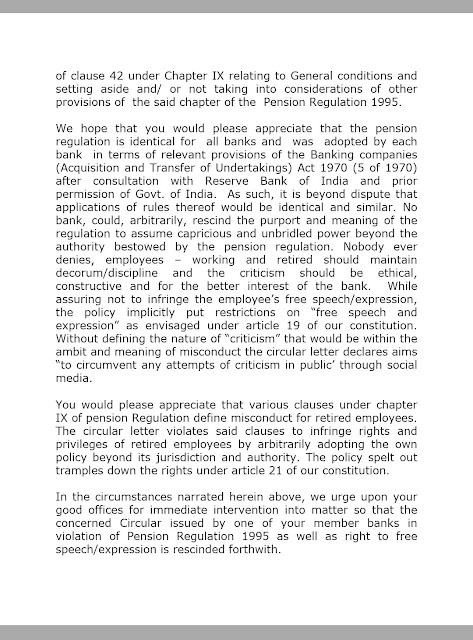 Posted by Indian Bank Kumar at 3:21 PM No comments: 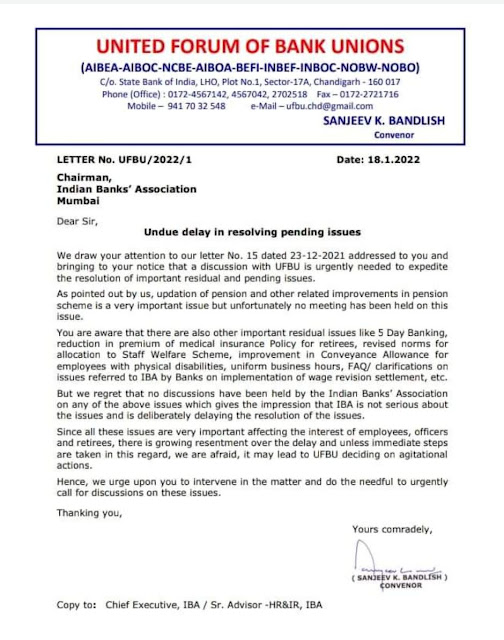