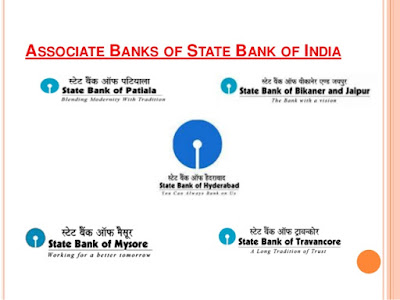 State Sector Bank Employees' Association (SSBEA) Circular on On-Going Agitation in the Associate Banks
SSBEA Circular No. SSBEA/GS/2015 dated 09-11-2015
SUB : ON THE ON GOING AGITATION IN THE ASSOCIATE BANKS.
We are given to understand that the Managements of Associate Banks at the instance of State Bank is putting up misleading information in the Nest by showing some tentative benefits which is likely to accrue on accepting Career Progression and also a letter by the Managing Director informing the employees that if any of them are coerced or threatened to sign a letter of Protest, the same should be brought to the knowledge of General Manager (HR). We have gone through the Notice to the Employees put up on the Nest as well as the Chart indicating the benefits that are likely to accrue on account of Career Progression. Not surprisingly the Managements have once again indulged in misleading our members. The following are the few such points where the Management has deliberately attempted to mislead our members.
1. A comparison is made only on the allowances drawn by the employees as per Bipartite Settlement and the tentative benefit that are likely to be accrued through Career Progression Scheme.. However, the duties and the Passing Powers have not been informed to the employees. It is left to anybody’s arithmetic knowledge that when we are getting Rs. 1930 as Special Allowance for passing Rs. 35000/- in cash and Rs. 1,50,000/- in Transfers, what will be the corresponding allowance that is to be paid for passing Rs. 2,00,000/- in Cash and Rs. 5,00,000/- in Transfers. Obviously the Allowance will be more than Rs. 7000/-.


2. At the Chief Associate level employees will be asked to perform 1 Hour Extra and the fixed allowance paid is Rs. 5720/-. Whereas if we calculate Overtime wages for 1 hour extra for 24 days will be much more than the fixed amount. In any case it will go beyond Rs. 8000/-
3. The comparison made in the Chart is with the existing allowance in Clerical Cadre as per Bipartite Settlement, whereas the duties to be performed are that of Officers in JMGS-I. Quite obviously the comparison should have been made between the allowances paid as per Career Progression Scheme and the salary and allowances (including perks) paid to an Officer in scale JMGS-I.
4. The most important misleading fact in the Chart put up in the Nest where the tentative financial benefit to those who opt for CPS is DA and HRA are calculated on the fixed allowance (Rs.5720/-) that is given to the Chief Associate where as the Fixed Allowance cannot be computed for DA
5. A similar 10% contribution is shown towards Pension and PF Fund whereas in Associate Banks we are not eligible for both PF and Pension Fund.
Since a letter has been addressed to the employees by the Managing Directors advising them to inform the Management the names of such people who are coercing them to sign the protest letter, we may advise our members to sign a letter attached to the Circular and send the same to the Managing Director under copy to the Parent Union.
A copy may also be endorsed to the Managing Director (A&S), State Bank of India.
With fighting greetings,
Yours Comradely,
(N. Venugopal)
General Secretary.
*************************************
UFBU supports the strike:
it has been decided by the United Forum of Bank Unions (UFBU) to extend fraternal support to the ongoing agitation in the Associate Banks of State Bank of India. We, therefore, request all our Units/Members to participate in the Demonstrations/Rallies/Dharnas being held in this connection and extend solidarity.
Posted by Indian Bank Kumar at 10:47 AM

Although every banker should carry out the orders of their leadership (UFBU), but they have not done good for elder bankers. Their performance on nogotiating table has not been so good for the last many settlements. Will the Govt./IBA value their support.