United Forum of Bank Unions organised a Dharna at Parliament Street today, which was a dharna of leaders of UFBU representing 9 Trade Unions in Banking Sector across the country.

They represented to the Finance Minister to come out openly against privatisation and provide all support to Public Sector Banks by strengthening the system.
They also demanded that action should be taken against those who are responsible for the frauds and Junior officers alone should not be made scapegoats.
They also demanded immediate appointment of Officer and Employee Director .
None of the Public Sector Banks have these representatives in the Boards of the Bank which is mandatory as per law.

In another representation they demanded providing welfare measures for Bank employees based on operating profit and not net profit.

The representatives also mentioned to the Finance Minister that the Asset Classification Norms and the provisioning norms changed by the Reserve Bank of India wide their circular dated 12th February 2018 is going to create havoc in the Banking Industry.
They mentioned that the change in norms of declaring loans which are not serviced for 30 days as substandard and also referring loans which are not serviced for 180 days to NCLT leads to huge provision which are not scientific and will create a dent on the banking system as a whole.

The Finance Minister assured that there will not be any privatisation of public sector banks.
He also stated that ownership of the Banks is not the problem but  supervision is the problem.  He agreed to take action on issues represented.

The delegation also met Mr. Rajeev Kumar, Secretary, Department of Financial Services and discussed all the issues with him.
He has assured quick action from the Government on all the matters represented. 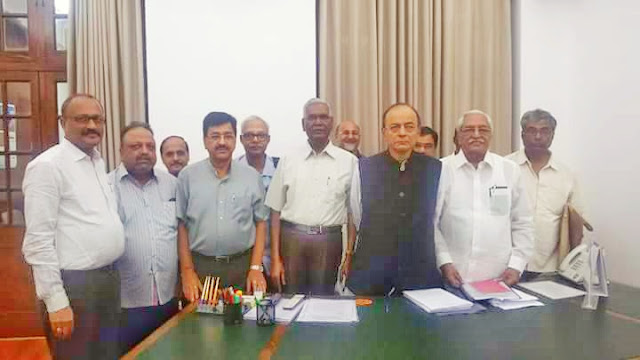 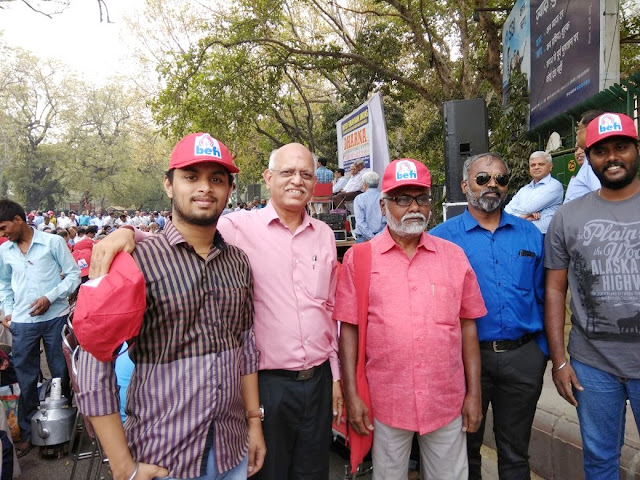 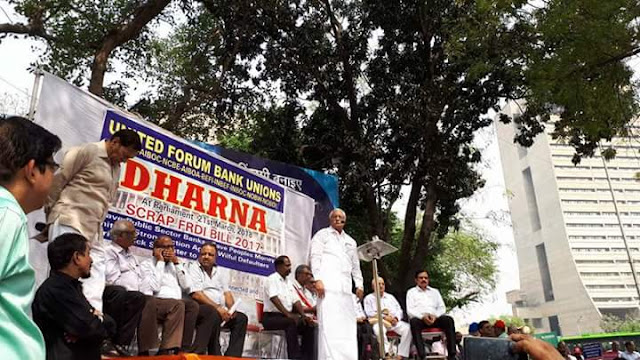 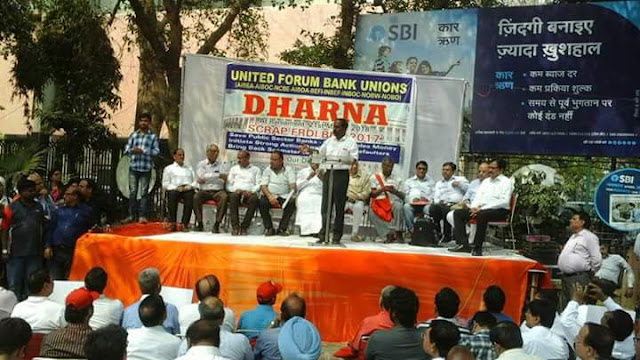 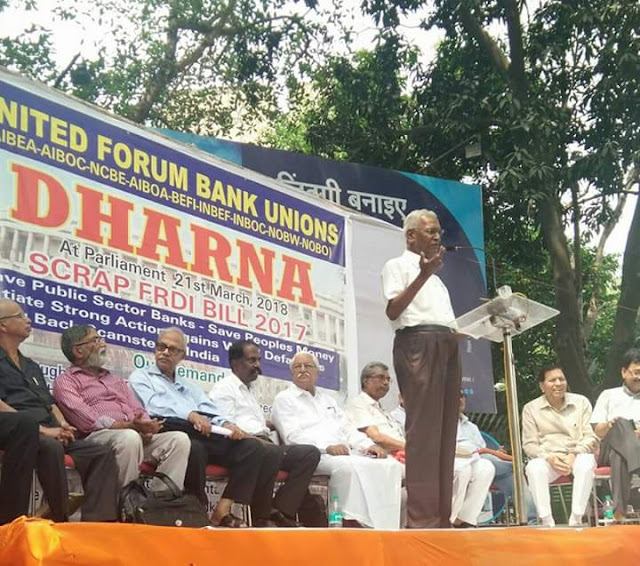 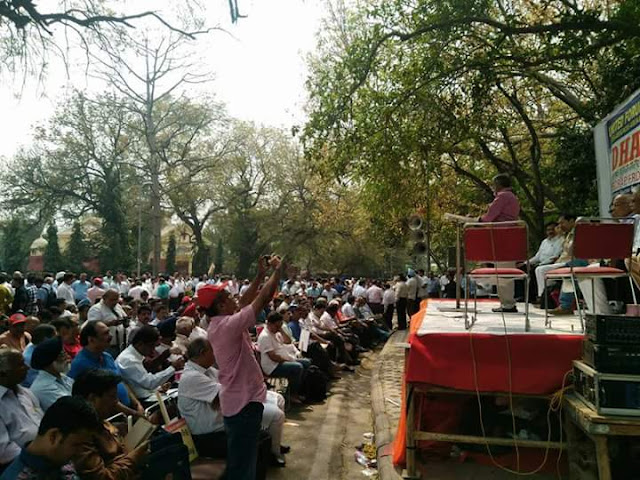 All retirees are ufbu leaders. They can't do anything for us.. Join we banker..

If central govt employees has better pay then psb bankers.. Then who is responsible for this.. Deficiency of UFBU only.

Now all bankers must have realised the kind of lowliest and pettiest minded fellows are representing them.Instead of placing one point demand for implementing 7th Pay commission recommended scales for the bankers,they babbled about privatisation,officer and workmen Directors etc. which issues do not concern the bankers. All Officers/workers Directors were craving for personal benefits only.They are fully responsible for the huge frauds and NPAs in Banks.What were they doing in the Board meetings? Have we ever heard anything from these long retired netas about anything except levies?
Kick out all retired netas,demand inquiry into their assets and role in frauds and NPAs. Do not give a single paisa as contribution or levy to them.

Why are you in such a hurry. Let at least two and a half years pass by then we will see. In between you participate In umpteen number of strikes deducting your salary. Then after three years if there is a bipartite then you will have to pay levy. By this time several government organisations will have pay hikes much more than us without any fuss.

I hate the bank unions..I extend my support to We Bankers..Hope we together can make the banks a better place to work in..The unions have been given ample time to show us that they truely care about the bankers..But alas,every time they have disappointed us..It’s high time we take back the baton of welfare of bank employees from the union’s hands and carry it ourselves..We Bankers is definitely the way forward..Scrap the useless unions..Who wants deadwood..They are just sucking the blood of the bank employees,filling their pockets and having a stress free life in the bank..

In 10th biparte settlement the so called UFBU leaders cheated all the bank employee's with meger benefits. Sure they have accepted the settlement for kickbacks and for lakhs of rupees levy. Why can't they bring the govt and IBA on to thier Keenes. If UFBU feels,Bank unions are so weak never go for a settlement. Why can't they go for a battle,why they give a call for strick and withdraw dramas. Any bank employee objected the leaders to give a indefinite strick call. The so called retired leaders leave the unions and give way for young in-service blood.