You might have read my status dt. June 26
"Is there any security for Bankmen's life inside Bank premises?
Pl watch the video attached."

and status dt.July 8
"Indian Bank Employees Association (T.N.) affiliated to BEFI has taken up the issue and decided to fight openly."

Further to the above news Indian Bank Employees Association(T.N.) affiliated to BEFI has conducted evening demonstration in front of all Zonal Offices in Tamilnadu condemning atrocities of certain mischievous customers and inactiveness of bank management.

( on the date of demo. Indian Bank Management instructed all branch managers not to give permission or leave to any of the employees. What an Idea? employees are slapped on both cheeks?))

A press note was also released by its General Secretary K.Krishnan which reads as follows:

PROTEST AGAINST ATTACK ON BANK STAFF

Indian Bank employees are to hold demonstrations on
Thursday the 17th July 2014 at 5.30pm
in front of the Zonal Offices of the Bank throughout the State of Tamilnadu,
protesting against attacks on staff members while discharging their official duties.

There has been systematic abuse against employees and officers by
certain vested interests as well as unruly people under the guise of customers
who dare to inflict painful attacks.

Such incidents of unprovoked violent behavior of untenable order continue
to happen in various bank branches.

The recent instance of utmost vulgar display of muscle power and
arrogant authority was witnessed in Tirupachur branch of Indian Bank
on 23rd May 2014 where an innocent, hapless and poor officer employee
was slapped, thrashed, beaten and pounded which stood recorded in the CCTV.

The insatiable thirst for sadist maneuver was reflected in the offender exercising
his influence of all kind to showcase his unruly action as a victorious one.
The victim is yet to get over the shock on this unexpected assault and
the humiliation suffered is beyond any expression.

On the one hand, members of staff are at the receiving end by the refusal of
the management to understand the problems faced by them at the counters
to serve the customers in the environment of acute shortage of manpower
and lack of basic amenities.
On the other, they are made to face the endless insult, abuse and disrespect
meted out to them by the enraged customers.
The shameful verbal outpouring against the lady employees is disturbingly
on the rise which is not taken cognizance at all by the management.

And, to make matters worse, what has happened at Tirupachur,
for no fault of the staff concerned, deserves strong condemnation and very serious
exemplary action against the wrong doer.
The absence of the remorse required to be reflected has resulted in disturbing
the morale of the staff and the general public are also not properly informed
of what is happening around.

Indian Bank Employees Association-Tamilnadu,
affiliated to BEFI
being a responsible trade union has therefore called upon its members to protest
against the attack on staff and demand immediate action against the culprits.

It is also to appeal to the banking public to understand this genuine concern
and extend support to isolate and act against unruly persons. 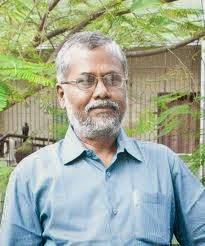 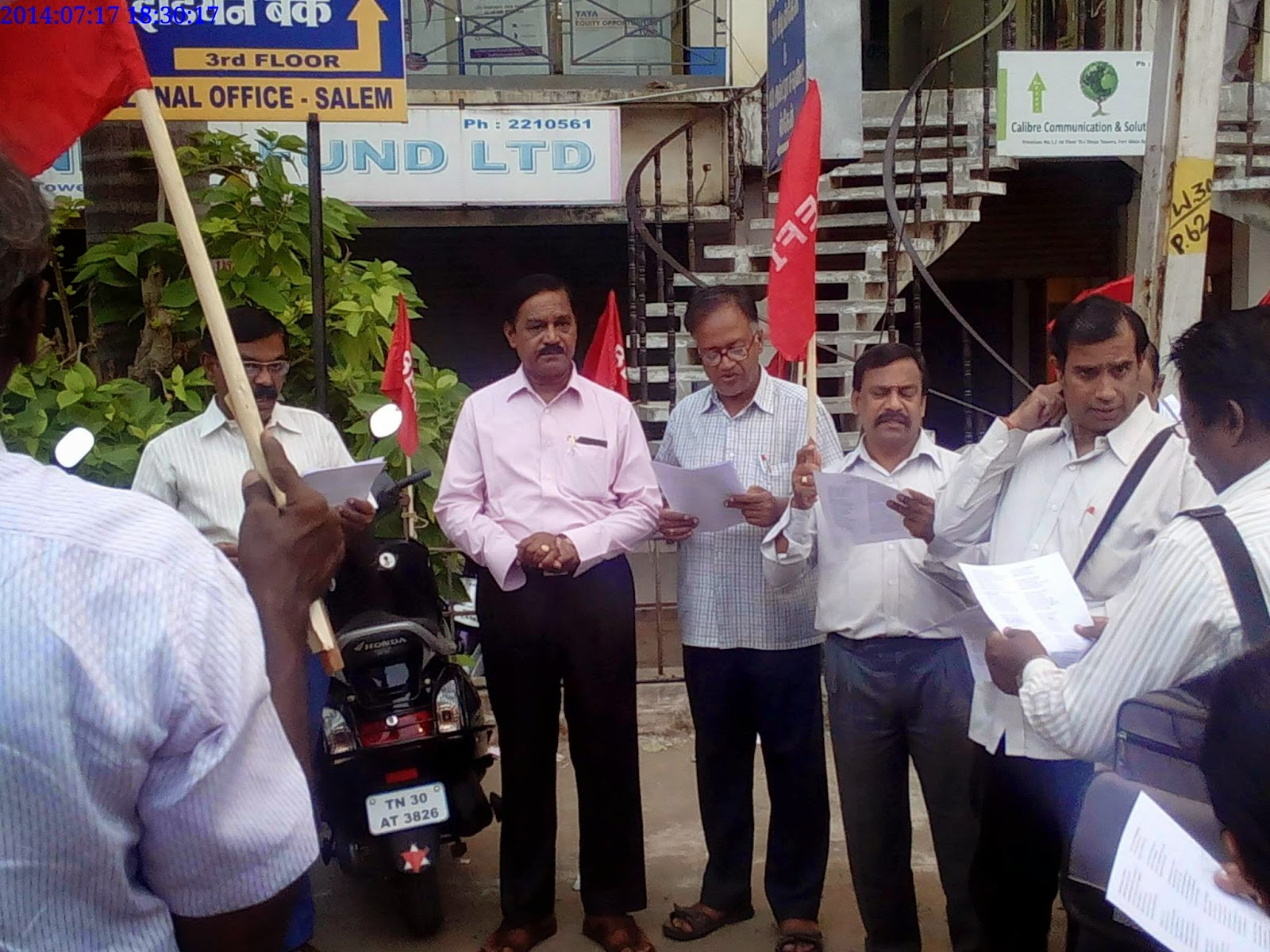 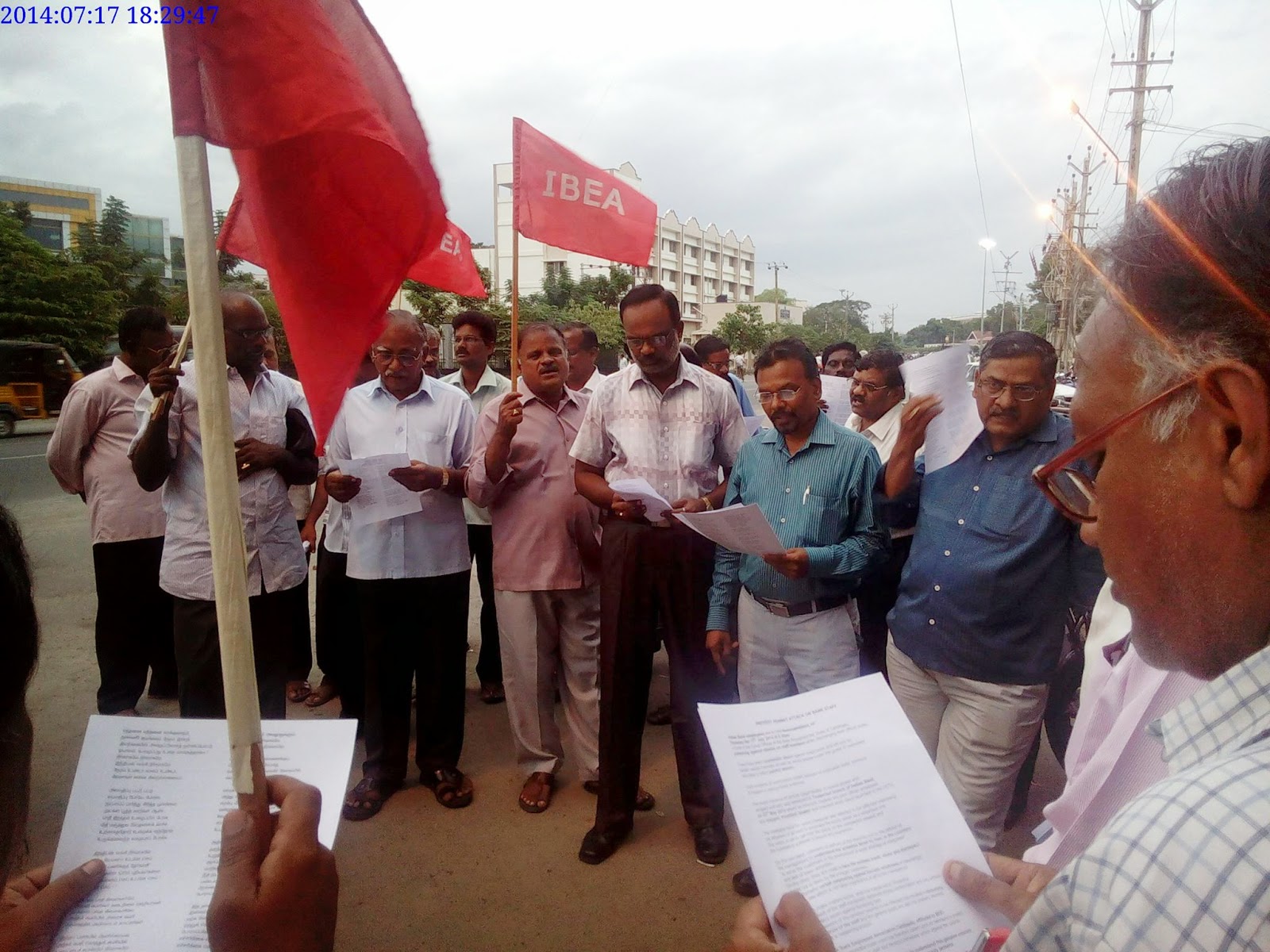 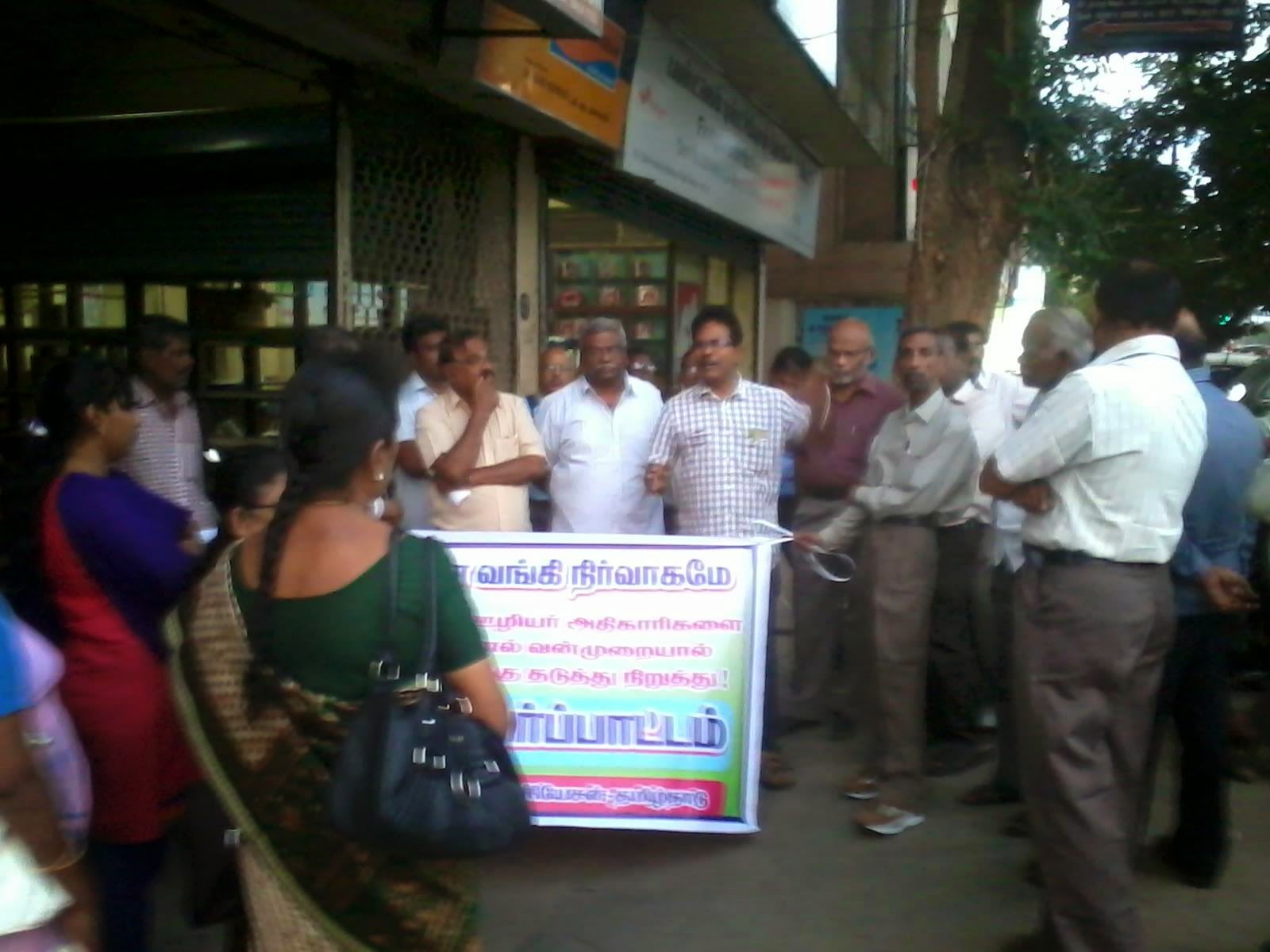 Posted by Indian Bank Kumar at 7:57 AM

Any demonstration or strike against the Indian Bank's Management, it will be like "RAINING ON BUFFALO"

Donot worry. Nothing is going to move, you all r thinking Unions are going to take your fight regarding your wage revision and service condition. The fact is Union themselves r responsible for this mess. Unless u get rid of current union leaders, your future will detoriate further.
So first meaning full step would be dissolved all unions , scrap current bipartiate and press for pay commission on line with central government.

Govt gives power to banker to lodge complaint to police is like order of SsP & DIG, then people gives respect and also recovery of loans fast