A clarification issued by IBA on following provision.

It is applicable to those employees who retired between 01.11.2012 to 30.04.2015 and are eligible for notional benefit of 8th increment before their retirement date.

For your reference ,please read following provision in 10th BPS. 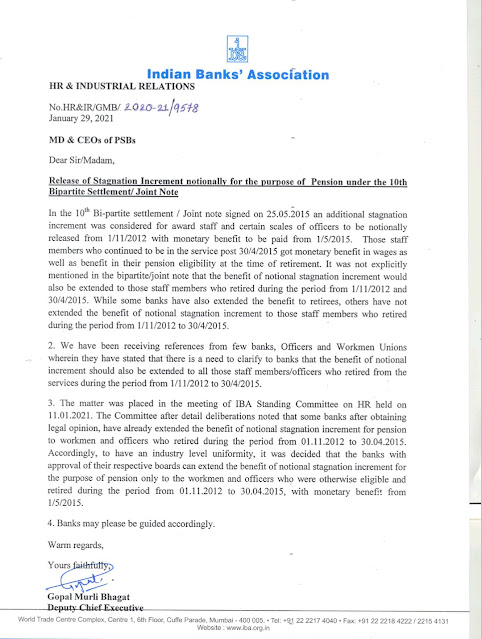