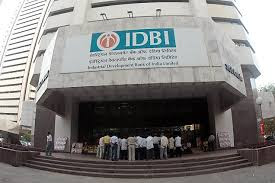 
IDBI Bank employees, who recently staged a one-day strike to protest the government’s moves to privatise the bank, have been jolted, but are united, a top union leader said. In September, Finance Minister Arun Jaitley had hinted at transforming IDBI Bank along the lines of Axis Bank.Talking to Deccan Herald, All India IDBI Officers’ Association President (Karnataka Unit) Purushotham A P said, “Earlier, we (IDBI Officers) were not much active in trade unions. There was no union affiliated to All India IDBI Bank Officers Association. Only 2,700 members were affiliated. But, when this privatisation talks began from the FM, everyone started coming together. We thought only trade unions can rescue us from privatisation.” He added in a lighter vein, “One way I should thank the Finance Minister for uniting us.” IDBI Bank has around 30,000 employees.
The Centre currently owns 76.5 per cent in the infra-lender-turned commercial bank, which is grappling with high bad loans and legacy issues like low retail penetration.The employees protested under the banner of United Forum of IDBI Officers and Employees, and were supported by the All India Bank Officers Association. “We are against the government’s plans to sell its stake in IDBI Bank to private players to achieve its disinvestment target of Rs 69,500 crore (in 2015-16),” Purushotham said.No formal communicationWhen contacted, a bank official, however, said there has not been any formal communication from the government on whether it wants to dilute its stake or not.The PSU bank came into existence after Parliament passed the IDBI Repeal Act in 2003. Under the terms of the Act, IDBI has been functioning as a bank in addition to its earlier role of a financial institution.Purushotham asks, “When most of the public sector banks are not performing well, and are under crisis compared with IDBI...leaving all those banks, why IDBI alone should be privatised? There are 27 PSBs, among which IDBI is the eighth largest.”Purushotham claims, “Our year-on-year growth has been increasing, asset-wise we are in second position, and when you visit our branches, you will find that they don’t look like PSB branches. We just practise the private sector culture with dedicated relationship managers.”According to Purushotham, there are nine major private banks and 27 PSBs. In his view, the ratio of profitability and average gross income is better in PSBs.“Net profit will be more in the private sector, as they recruit outsourced employees. With meagre salaries, they are made to work 12-14 hours to reach targets. Many officers have left private banks to join IDBI Bank,” he said. Purushotham claimed that in private sector banks, over 50 per cent of the employees are outsourced. “Employment creation is not happening for a long term. He/she might be there for only a few months owing to pressure.”
Posted by Indian Bank Kumar at 11:57 AM

First a DEVELOPMENT BANK primarily to finance Capital asset build up in industrialization of the country.later to attract public deposits,it was converted as a commercial bank.Now after accumulating several bad debts,the Govt wants to deliver a ba...rd child in the lap of greedy private people to wash of the sins.
When small and week PSU banks are contemplated to merge with strong masculine PSU banks,Why IDBI bank cannot be merged with some PSU bank.
Jai ho Indian Banking.Continue to experiment. Long live quacks.

Valuable information ..I am delighted to read this article..thank you for giving us this useful information.
belize bank