Microlending: Jaitley may be making a mistake by putting PSBs on mission mode; it can backfire! 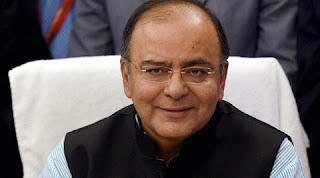 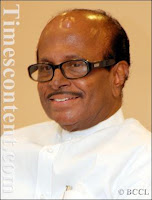 Finance minister Arun Jaitley has set an ambitious target of Rs 1.22 lakh crore for public sector banks (PSBs) to lend to micro and small businesses under the Pradhan Mantri Mudra Yojana (PMMY) by March 2016. Following this, state-run banks have begun credit campaigns to distribute loans pan-India.
No doubt, India’s small entrepreneurs and start-ups need urgent financial assistance. But by putting banks on a mission mode to fulfil this target in a short period, the government is piling up pressure on them and it can lead to serious credit assessment problems.
There is also a danger of the actual needy customer being ignored in the process and funds being misdirected to the wrong beneficiaries. In six months, commercial banks do not have the time to lend to put in place the systems and process to deal with such loans. Banks will, thus, be forced to randomly push money, which can add to their existing pile of non-performing assets (NPAs).
Remember, micro and small borrowers already constitute a substantial portion of banks’ bad loans.


“These (the target customers) are the most vulnerable segment and banks have already seen significant stress from this category,” said Naresh Malhotra, former deputy general manager of State Bank of India. “If you force credit down their throat, you can get into serious mess,” he said.s
Small loans have a credit guarantee cover offered under the CGTMSE scheme. But according to Malhotra, this cover has been reduced and there is uncertainty on how banks will be compensated in case of defaults. Also, under the current plan, the proposed MUDRA Bank will act as a refinancing agency to banks for lending to micro and small businesses. But, in the initial phase, banks themselves will have to manage funds.
Presently, banks have an exposure of Rs 3.7 lakh crore to micro and small sized industries. Many banks like SBI had reduced their exposure to such companies in the recent years on account of severe repayment stress from these companies. In the event of an economic downturn, micro and small firms takes the first hit. State-run banks are already hit with Rs 300,000 crore bad loans on their books and a much larger chunk of restructured loans.
These lenders are grappling with the problems of stressed assets and capital availability. Although the government has promised Rs 70,000 crore infusion over next four years, most experts feel that this wouldn’t be sufficient for banks to meet their requirements arising out of Basel III and provisioning for bad loans.
There are two ways the government could have rolled out the scheme in a better way:
For one, give this job to microfinance institutions (MFIs) and small finance banks. These institutions are the ideal candidates to take up the job of funding micro-borrowers since they have the infrastructure and expertise to cater to this segment. Typically, micro and small borrowers wouldn’t have sufficient collateral to mark against the loans. In the event of default, large banks would find themselves in a difficult position since they lack the infrastructure.
On the other hand, traditionally, MFIs are engaged in the business of dealing with low-income segment and understands the nuances of this business. Even the proposed set of new banks would have been ideally placed to take up this job since most of them have their background in the microlending business.
Second, the government should have given adequate time to these lenders to put in place the infrastructure and let them identify the target customers following the necessary credit appraisal process. It doesn’t make any sense to put bankers at gun point and ask them to finish the job in six months, especially given the fact that banks have already burned their hands by lending to this segment.
A big part of the bad loan problems currently faced by Indian banks can be attributed to forced directed lending by the government through state-run banks. The government shouldn’t do the mistake again. Let banks operate with autonomy in their lending operations.
courtesy: First Post
**********************************************************************
Successive Finance Ministers ruin the Public Sector Banks by pressurising to give mass loans.After that they themselves will make comments " PSBs working is not satisfactory"
History repeats again again!
Note: For youngsters: The third photo is Janardhana Poojary, the Finance Minister in 1980s

Finance Minister already put indirect pressure on RBI to cut rates which will affect PSBs. Now adding to that this scheme. Already many people have mindset that any government introducing loans may be written off by government. If banks are pressurized like Jan dhan yogana for this scheme then quality of loan becomes a problem which may lead to NPAs like educational loans which were given during previous government.

AIBOC already coming out in the streets to oppose the same. All the Unions and Associations at Apex level should come out and oppose strongly the same immediately.

These plans are at the cost of Public Sector Banks to create vote banks. Will the Govt. compensate the banks for the costs and losses suffered by banks due to such plans

The bank employees unions should come together and announce concrete actions including strikes to save the banks from the costs and consequences of Pardhan Mantri Schemes. Otherwise whenever they go to IBA/Govt. for wage revision, they will be told the precarious conditions of banks. Moreover. It is the duty of all bank employees to save their banks from such costs/losses.consequences.

The media is very powerful pillar of democracy. It should hold wide ranging discussions on the health of public sector banks due to the costs of Pardhan Mantri Schemes to save the banks from becoming sick.

$$$ LOAN OFFER WITH 3% INTEREST RATE CONTACT US TODAY $$$.
Have you been searching for a legit and a genuine Loan lender? Are you in need of a Loan to pay off your Bills and start up your own business? Here is a place were you can get Fast and Easy Loan with 3% interest rate without any delay, apply today and contact us via email below for more details and get funded asap on any amount you need as Loan.