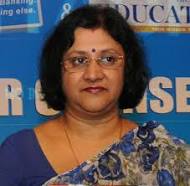 What Unions warned all along is endorsed by SBI Chief!!
******************************************
Private banks cannibalising business of PSU banks:
SBI chief Arundhati Bhattacharya
MUMBAI: Chairman of State Bank of India(SBI) Arundhati Bhattacharya said that private banks are doing well because they are cannibalising the customer base of PSU banks and warned that they will have to be prepared for a stiff competition from their peers.
"Its a dog eat dog world," SBI chief said while urging the government to provide more capital for growth as private banks are taking away the business they funded in to support the economic growth during 2008-09 boom.
"If we had not been supporting business during 2008-09, boom would not have happened, infrastructure you see today would not have happened if the government did not have PSBs then. Why did the private sector not participate? Because they saw the risk and stayed out,"
she speaking at a seminar organised by Indian Banks' Association and industry body Ficci.

"Today why is the private sector growing at 22%? Because they are cannibalising the completed projects at low cost (because) risks have gone down. They may not be able to cannibalise me because I am big. But they are cannibalising the smaller banks," she added. Government owned SBI has a market share of 20% in terms of deposits and advances.
Comments from Ms Bhattacharya comes at a time when at least a dozen of new private banks are making entry into the banking system. The Reserve Bank of India has recently given in-principle approval to 11 candidates to start Payments Banks and two banks - IDFC and Bandhan to start full fledge banking operations.
Further 6-7 aspirants are likely to receive approval from the banking regulator to start small bank- where they would offer small ticket loans. She said, "I am not sure how much capital new private banks will have to burn."
She indicated that the payments banks have a better advantage over existing banks as they ' do not have legacy issues' while the full fledged private bank are better positioned since 'they are not held hostage by industry agreements'. At present, wages at PSU banks are decided based on negotiation with unions and not performance linked.
She also warned about PSU banks may face further risk if they do not receive capital for growth. "Risks are back and I think we need to get our understanding very clear as to what the PSU banks are doing. I do not agree that the government has given us enough capital. They should look at the Chinese banks for the kind of capital they have got."
A fortnight ago, government announced that it would give Rs 70,000 crore to PSU banks over the next three years of which Rs 25,000 crore would be given this fiscal year.
Stress loans have risen sharply in the recent years, particularly for public sector bank has been a cause of concerns for investors and regulator. data complied by ETIG shows that the the gross non-performing assets for private banks stood at Rs 34,805 crore, which is one tenth of PSU banks which is at Rs 296321.4 crore as on June end 2015. due to higher level of stress loans, for the first time, private banks outperformed PSU banks for the quarter ending June 2015-16.
Posted by Indian Bank Kumar at 11:49 PM