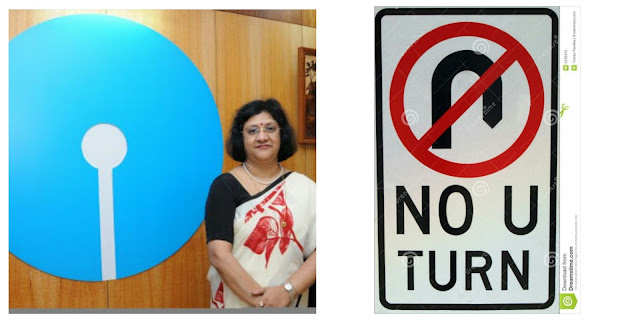 In a U-turn from her earlier stated position on the entry of payments banks, SBI chief Arundhati Bhattacharya on Tuesday said there is nothing negative about them and there is a huge opportunity for the entire banking system.
"I want to very clearly say that there is nothing to be negative about the payments banks. Because whenever you have challenge, the other side of the coin is an opportunity.
And I think if we don't realise it then nobody else would do so," Bhattacharya said at the annual bankers summit Fibac here this evening.
"With this new competition, I think there is a huge opportunity out there for the entire banking sector. And this opportunity is for us to take," she said.

Last week, the RBI had given in-principle approval to 11 entities, such as Reliance, Airtel, Vodafone, Birla Group, Mahindra, among others, to set up payment banks.
On two occasions, Bhattacharya had raised concerns over the entry of payments banksand said these entities could eat into the share of the existing banks.
It would be a dog-eat-dog market if the deep-pocket corporates, which have bagged the payments bank licences, unleash a rate war, she said at the same event yesterday.
Earlier in the day, SBI Research, in a note, has said the 11 payments banks can free up assets worth Rs 14 trillion for the infra sector alone annually.
Last week, a day after the RBI issued the licences, she told Governor Raghuram Rajanthat these new players would disrupt the universal banks with their technical agility.
She had said these banks would be coming in without any risk, they would be coming in with an agile system and delivery models and that they have not been held hostage by industry-level agreements and wage limits.
Reeling off a few data points about the high level of cash and lower retail to GDP ratio in India as against Southeast Asia, she said the banking sector has enough opportunities.
"At this point of time here people are holding around 13% of cash with them for their day-to-day transactions.
If all of these payments banks and the incumbent players can reduce this cash to the public by one per cent, then this would increase the deposit base of the banks by about Rs 15 trillion. Around 75% of this could be loan out so an additional amount of Rs 11.25 trillion is the amount that can be immediately available for lending," she said.
The retail-to-GDP ratio of China is 22.5%, in South Korea it is 58% and places like Malaysia and in Thailand it is 36 and 21% respectively; and India is at only 9.48%.
"So, there you can imagine as more and more players come into this particular banking segment and more and more credit histories gets build, what will be our ability to increase this portfolio which today even is at a single digit figure and which in all of the rest of Southeast Asia is at double digit and higher than us," she said.
Citing example of e-commerce player Flipkart, she said when the company started its operations initially there was not much traction.
"It is only when more and more players like Jabong, Myntra, Amazon, Snapdeal came into the area, the entire idea of e-commerce, the idea of buying online really found its own place," she added.
Bhattacharya said with the new players foraying into the banking sector, existing banks need to see where the opportunities lie and they need to capitalise those opportunity and ensure that the business that they are doing grows multi-fold.
"India continues to be one of the places in the entire world where the cake itself is expanding. It is not a question of only the market pie share. When the market itself is increasing, the share of pie can increase for all of us.
"Therefore, as we see the competition and as we assess the challenges, so also we must be open to opportunity because there are opportunities," she said.