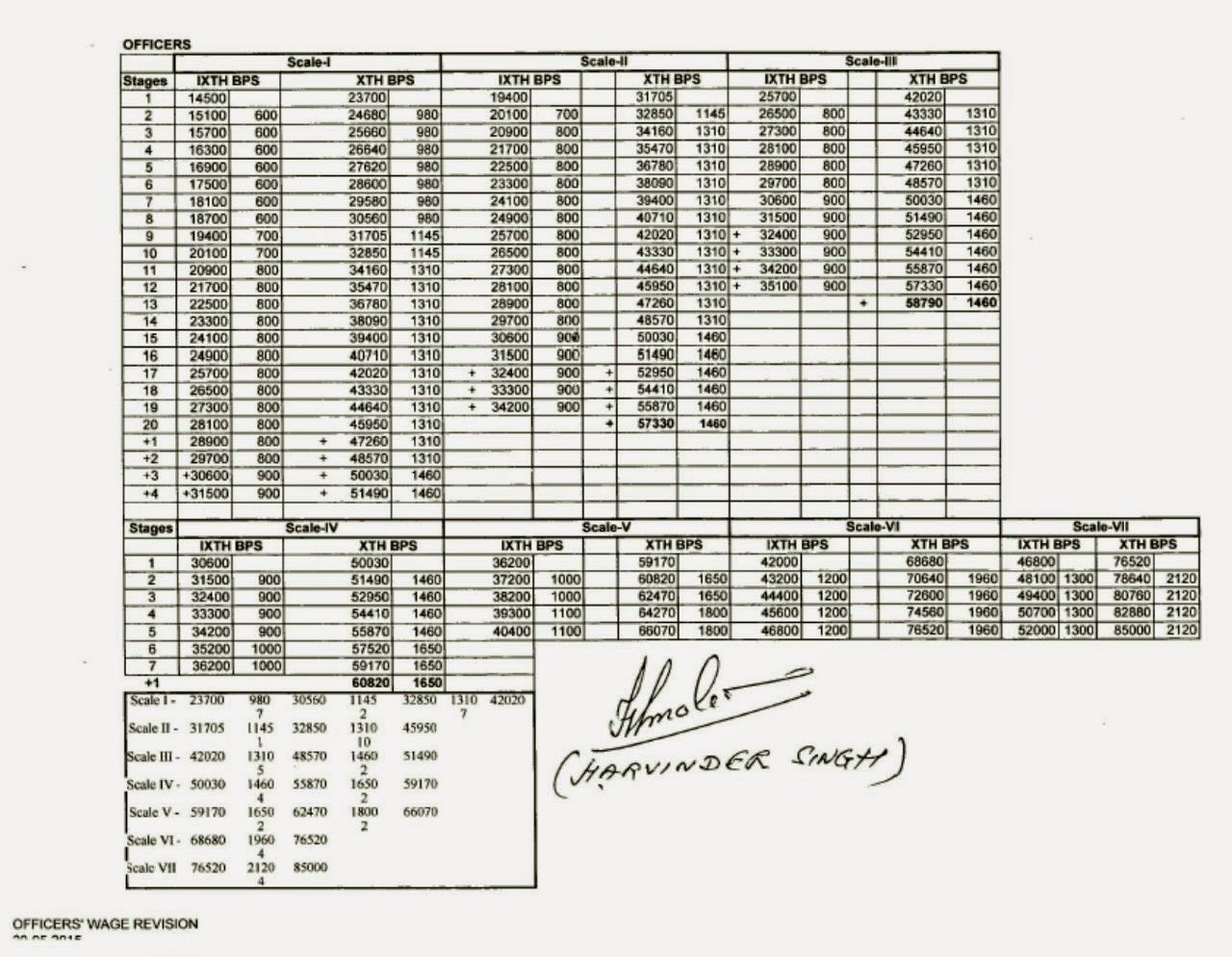 Why not an additional increment for scale 1..
..? I dont see any logic behind it.

Sir, Please explain on how special allowance will be calculated. Whether only on BP or on BP+DA

Worst is sharp reduction in da

Where, why and how the aiboc, the aiboa and the ufbu failed to get dignified pay scales,emoluments for Officers in PSBs. Xth BPS ultimately proved that an Officer's job in PSB is UNDERPAID, UNREMUNERATIVE and SLAVERISTIC. For 5 long years Officers have to suffer with these low paid scales and emoluments. % of HRA for Officers in given 3 variants is highly discriminatory in nature and unjustified. It should be 10%, 9% and 9% only. At least now, aiboc and aiboa must insist for superannuation benefits on newly introduced Special Pay, i.e., pension, pf, gratuity. Please remember those struggles and sacrifices that were went into history for this Xth BPS. In and for no other indudtry in India, this sort of struggles and discrimination never, not happened. So, wakeup.
Get justice.

Whether special allowance is taken for pension benefits?

As per the chart available on AIBOA site the calculation says a mere 2% hike in the gross salary. Is this for which we lost nearly 10% of our pay through strike actions over a period of two and half years. Can any of the Union leaders explain

very very worst settlement among the all previous settlements. what about the retired officers during the period. somebody told that the senior members going to the court to stay the settlement. plz clarify

we r not satisfied

Hopeless Settlement in the Industry till now.

Why da conversation factor comes down to 0.10 only. It is only the method of be fooling the banker

Now the manager of bank got salary equivalent to upper division clerk of central government employees...

Bankers are never going to satisfied with whatever they get in Bipartite, as they want their salary to be at par with Govt. employees. But may I ask why???? Why should u get the salary of govt. employee?? If u give the excuse of workload, work culture etc., then how is the medical reimbursement of Clerk & Substaff is Rs. 2200/year and that for an officer is Rs. 8000/year?? Why don't u compare these, and raise your voice?? If u can find out the reason for difference between "MEDICAL EXPENSES" of separate grade of employees of same industry, then u can also make out the reason behind the difference between Govt. Employee and Bankers. Stop Complaining!!

shame on part of officers association and staff union. officers are slaves and staffs and robots and puppets. No casual leave and no medical leave.

Once BJP came to power,finance ministry notification said all feamle empoloyees to be accommodated either to their parents or husbands. But all banks managements and union and associations keeping quiet on this notification. Please raise your voices against unruly behaviour of the management, Union and Associations.

UFBU should fight for Central Govt.parity.
Both for Clerks and Officers.
The load taken in Banking Industry is much more than Govt. Service.
With such kind of pay no good talent would come in to the industry.

The present settlement is the the worst ever in the History.
Can not blame members for suspecting foul play.